The two questions I am asked most frequently since I began posting my annual Best Books list several years back are: 1) When do you find time to read? And 2) How do you select your books?  In terms of time, I read at night and on weekends, but also listen to audiobooks in the in-between spaces, commuting to work or running errands.  I listen to roughly half of the books I read.  In terms of selection, I’m inclined towards biographies and history, and books about science, economics, and technology, though I try to squeeze in some fiction.  As always, I’m open to recommendations and appreciate all comments!

Open, Andre Aggasi.   I am not a tennis player or much of a fan.  The news from Wimbledon or the US Open registers each year as background noise.  But Open had appeared on numerous “best sports books ever” lists so I thought I’d give it a try.  Its opening chapter, describing serve-by-serve Agassi’s tactics in one of his matches, is gripping.  “I hate tennis,” he keeps telling everyone.  “You don’t really hate tennis,” they reply. “Yes, I do,” he says.  In fact, it is a love-hate relationship but with more hate than love.  His unruly behavior throughout his career reflects this tension and his demons (his domineering father also plays a central role).  But on the court, Aggasi is a colossal talent and a shrewd student of the game.  Like no other sports book I’ve read, Open puts you inside the head of an elite athlete.

The Guns At Last Light, Rick Atkinson.  I came across Rick Atkinson’s books a few years back after reading the raves for The British are Coming, the first of his planned three-part trilogy on the American Revolution (see my Best Books list, 2020).  The Guns at Last Light is the third volume of his trilogy about World War II’s European theater, covering the period from D-Day in June 1944 to V - E Day in May 1945.  Atkinson is a gifted storyteller and the book succeeds on multiple levels, relaying the strategic decisions of the Allied command, the mind-bending planning for the Normandy landings, and the misery and sacrifices of the infantry.  Mixed in are mini-biographies of major players from Eisenhower to Rommel and many lesser known generals and officers.  You know how it ends, but are still swept up in the drama.

Rock Me On The Water, Ronald Brownstein.  With enough finesse and enthusiasm, a skilled writer can make the case for any year as a pivot of history, a “year that changed the world,” as many books advertise.  The conceit can be convenient, but also a stretch.  Rock Me on the Water, which features a year (1974) and a place (Los Angeles), sometimes strains in its attempts, but it succeeds nonetheless.  Perhaps that’s because it brought me back to my 13-year old self in the New York City suburbs, listening to Top 40 hits on WABC -- heavy on the Eagles and the Doobie Brothers -- and watching All in the Family on our first color television set and American Graffiti at the local theater.  What I didn’t appreciate then, but do after reading this book, is that all of that content came out of Southern California, which had a singular if fleeting hold on American music, movies and culture.

The Ten Year War, Jonathan Cohn.  Jonathan Cohn’s definitive history of efforts to pass and subsequently defend the Affordable Care Act triumphs on two levels.  It chronicles the behind-the-scenes maneuvers that shaped the legislation, based on scores of interviews with key government officials and unsung staffers.  And it serves as a valuable account of decades of failed attempts to advance universal health coverage in the US -- particularly the ill-fated Clinton health plan of 1993-94.  It reminds us that the ACA borrowed heavily from the 2006 Massachusetts reform efforts led by Republican Governor Mitt Romney, and on ideas once endorsed by Republicans, such as individual mandates and health insurances exchanges.  President Obama entered office in 2009 with sizable majorities in Congress, but given historical trends, the odds were against him.  How the ACA succeeded is an absorbing read and a playbook for advancing legislation in a time of polarization.

Every Good Boy Does Fine, Jeremy Denk.  Jeremy Denk, a distinguished concert pianist and MacArthur Genius Award Winner, has written a transcendent book about music that is really a book about mastering any difficult task and the importance of learning from mentors while finding your own path.  Denk recounts his experiences with a succession of piano teachers, some cruel, some wise, some just baffling.  But through setbacks and triumphs, he emerges with valuable lessons: that the desire for perfection can sometimes be a weakness and of the importance of the pauses between the notes.  Denk is a talented writer, and he has written a contemplative book, honest and moving, a book not so much about how to play music but how to think about it.  Even if you are, like me, a minimally skilled piano player with little knowledge of classical music, or if you don’t play music at all, the messages will resonate.  “There’s a labyrinth of voices inside your head,” Denk writes, “a counterpoint of self-awareness and the remembered sayings of your guides and mentors, who don’t always agree…  They have all given you the help they can; the only person who can solve the labyrinth of your self is you.”

Uncontrolled Spread:  Why COVID-19 Crushed the US and How We Can Defeat the Next Pandemic, Scott Gottlieb.  As a former FDA Commissioner and advisor to the Trump Administration, and now a board member at Pfizer and Illumina and frequent pundit on news shows and Op-ed pages, Scott Gottlieb brings a unique perspective to debates about the US government’s response to the COVID pandemic.  He is highly critical, particularly of the CDC and its botched role in developing diagnostic tests in early 2020 and inability to collect and report timely information on the outbreak. (He also places much blame on the Chinese government for withholding critical information.)  In this superb if sobering book, he frames pandemics as national security threats.  The CDC, he argues, was accustomed to conducting retrospective reviews and gathering morbidity and mortality statistics, but needed to be on a wartime footing with new systems and a new mindset.  Our country’s general lack of preparedness for COVID, he concludes, reflected an absence of policy coordination across multiple agencies and dangerous gaps in our public health system – as well as weaknesses in international conventions and scientific collaboration.  Going forward he finds some reason for optimism in scientific breakthroughs such as mRNA vaccines, but he cautions that we need to focus on a host of more mundane problems such as deploying testing centers and making nose swabs to collect respiratory samples.

An Elegant Defense: The Extraordinary New Science of the Immune System: A Tale in Four Lives, Matt Richtel.  An Elegant Defense is New York Times science reporter Matt Richtel’s elegant 2019 book about the remarkable human immune system and our growing understanding of the system’s ability to ward off pathogens -- and sometimes to overcorrect and attack our own cells.  Though the book was written before the COVID pandemic, it is especially timely as we approach the pandemic’s fourth year.  The book describes how the immune system recognizes and defends against foreign bacteria and viruses, and the system’s role in diseases and conditions from HIV and cancer to obesity and sleep disorders.  It also explains the science behind new therapies for a host of autoimmune disorders, and why our hygienic environments may be leading to more autoimmune diseases (because kids are not being exposed early in life to microorganisms that help the immune system develop protection against allergens).  The pace can slow at times with technical detail, but Richtel helps by weaving stories of four individuals, particularly his lifelong friend’s experience with Hodgkin’s lymphoma.

Breath from Salt, Bijal P. Trivedi.  The next time I am asked my views on how health technology assessments might consider “patient-centered” metrics, I will suggest that the inquirer read Bijal Trivedi’s book about the development of therapies for cystic fibrosis (CF).  Breath from Salt describes the suffering of individuals living with CF before the advent of modern treatments and how new therapies have improved patients’ lives.  It also depicts the circuitous way in which innovation happens, and what can be accomplished by a highly motivated community of patient advocates, government and industry scientists, and philanthropists united in a common purpose.

Harlem Shuffle, Colson Whitehead.  It is the early 1960s and Ray Carney, who owns a furniture store on 125th St. in Harlem, is trying to get by and even ahead.  This means peddling the new Argent recliner with the champagne finish to customers in the showroom out front, while contriving in the back with crooked cops and two-bit hoods, including his cousin Freddy, who keeps dragging Carney into his schemes.  The line between legit and illicit is fluid in this heist novel, which depicts a sordid world with (mostly) sympathetic characters in an ever-urbanizing New York City (the Upper West Side is being excavated for what will become Lincoln Center, and the new World Trade Towers downtown are on the drawing board).  So if Ray is needed to fence that gently used RCA TV console that happens onto his doorstep, he doesn’t ask questions.  He is merely part of a metropolis in which envelopes of cash lubricate commerce.  And as a Black American, Carney experiences racism in his interactions large and small. 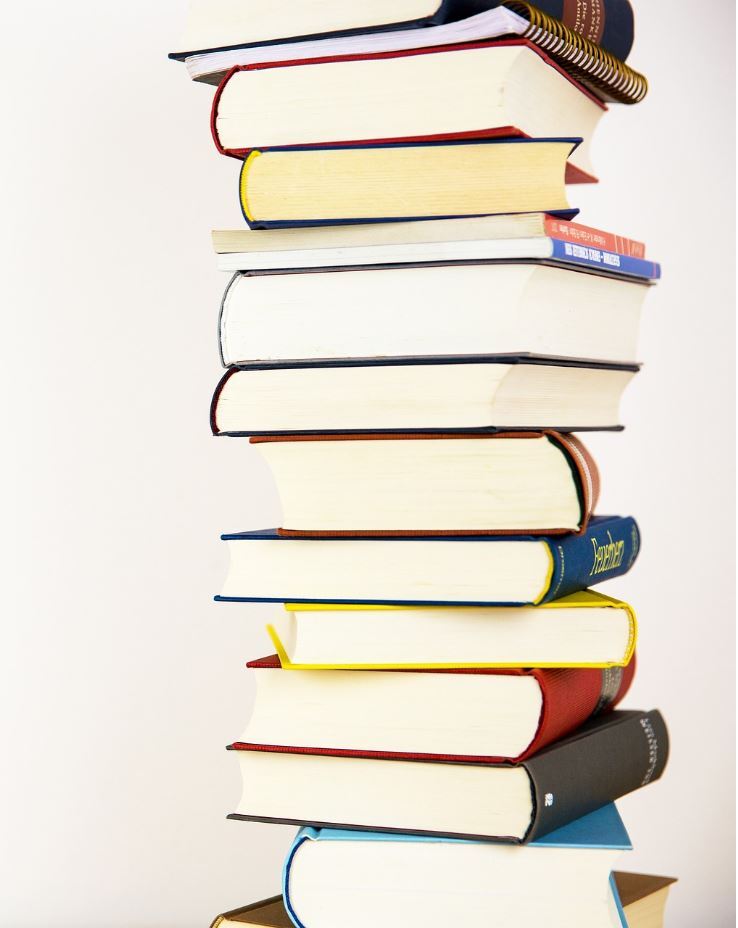