Frederick Douglass: Prophet of Freedom, David Blight. Born a slave in rural Maryland in 1818, Frederick Douglass became a surpassing orator, writer and statesman. In this superb biography, Blight recounts Douglass’s experience as a slave, fugitive slave, freedman, and activist. The familiar events of the 19th Century – the Fugitive Slave Act, John Brown’s raid on Harper’s Ferry, the Civil War, Reconstruction – when encountered through the eyes and words of Douglass, take on a different perspective, giving greater meaning to those events and to many in our current era. The descriptions of the day-to-day struggles of Douglass’s extended family provide an enlightening window into African-American life in the 1800s.

Plagues and the Paradox of Progress, Thomas J. Bollyky. An important new book from Tom Bollyky of the Council on Foreign Relations, who argues that “the world is getting better in worrisome ways.” The idea is that the positive news on global health – longer life expectancies, lower childhood mortality, declining fertility rates – masks troubling trends. The lower and middle income countries experiencing advances in population health are not undergoing needed and expected improvements in per capita income, employment, and public health infrastructure. There is a valuable narrative here on historic progress in public health (particularly declines in infectious disease), as well as shifting population and migratory patterns, and the rapid urbanization of the world, driving home the need for smart investments in health care systems and education, freer trade, and better governance.

Working, Robert Caro. You purchase Robert Caro’s Working while waiting for the fifth volume of his LBJ series, which will cover most of Lyndon Johnson’s presidency. You recall reading Caro’s The Path to Power in 1984, transfixed, while working at your first job on Capitol Hill and remember reading Caro’s The Power Broker, shortly after, marveling at how Robert Moses built all those highways, bridges, parks, and tunnels you know so well from your childhood in Queens and Long Island. Caro is indefatigable, relentless, a researcher-superman. But reading Working you realize above all that what makes his books so great is that he is a master storyteller. Now when will get LBJ Volume 5?

Ascent of Money, Niall Ferguson. The concept of money as a store of value and medium of exchange in an ancient one.  Still, the idea can be difficult to comprehend. In the 17th century, Spain spent prodigious resources in the pursuit of gold, only to see Britain with less of that precious metal surpass it in part because they had a more sophisticated concept of banking. In the Great Depression, officials pursued wrong-headed monetary policy. Money continues to evolve in new ways, reflecting ever more sophisticated financial instruments. This book was published in the midst of the 2008-09 financial crisis, so it feels a bit dated, but still provides a valuable read.

Sandy Koufax, Jane Leavy. Between 1955 and 1966, Sandy Koufax pitched four no-hitters and one perfect game for the Brooklyn/Los Angeles Dodgers. He won the Cy Young Award three times, had 2,396 career strikeouts (despite retiring at age 30 with an arthritic elbow), and was the youngest player elected to the Hall of Fame. Once called “the most popular Jewish sports star since David,” he famously skipped the opening game of the World Series in 1965 because it fell on Yom Kippur. Jane Leavy’s 2009 book recounts Koufax’s wondrous pitching mechanics and his grace on and off the field. Still, Koufax emerges as something of an enigma, generous but aloof, gentlemanly but self-contained. Worth the read for its evocation of baseball and American life in the 1950s and early 60s.

Our Man: Richard Holbrooke and the End of the American Century, George Packer. The American diplomat Richard Holbrooke (1941-2010), a man of prodigious energy and appetites, almost succeeded in his desire to be a “great man” in the tradition of Dean Acheson and George Kennan. Packer considers him a “near great,” still worthy of a full biography. This book is plenty worthy, for its insight into the crest and fall of the American Century, its behind-the-scenes glimpses at foreign-policy sausage making, and the wonder of Holbrooke himself: brilliant, self-destructive, arrogant, insecure, and Gatsby-like in his dreams and ambition. With sparkling prose, Packer traces the arc of American policy from Vietnam (1960s) to the Balkans (1990s) and Afghanistan (2000s).

Energy: A Human History, Richard Rhodes. From the author of the magisterial Making of the Atomic Bomb, Energy: A Human History traces human attempts to harness energy from wood and steam to fossil fuels and nuclear fission. There are vivid mini-profiles of historic figures like John D. Rockefeller as well as tales of nameless coal miners who toiled underground in misery. Rhodes depicts the profound improvements in standards of living and the accompanying toll on the environment while also deepening your understanding of energy policy. The author is persuasive about prospects for nuclear energy and ultimately optimistic about humans’ ability to alter energy production patterns in the face of climate change.

Into the Raging Sea, Rachel Slade. In 2015, the US container ship El Faro sank off the Bahamas during Hurricane Joaquin. All 33 crew members perished. Relying on recovered recordings from the ship’s bridge, Slade has written a gripping, cautionary tale of hubris and fallibility, on the part of the ship’s captain who follows hunches, prioritizes an on-time arrival, and ignores mounting evidence that his ship is hurtling towards the storm. Slade puts you on the vessel and builds suspense, weaving the stories of the captain, first mate, and members of the crew. There is also a larger story here of organizational failure on the part of the vessel’s owner and of the federal government’s underfunding of NOAA and the Coast Guard, along with a wealth of absorbing detail on the Merchant Marine industry, modern container ships and weather forecasting.

How to Change Your Mind: What the New Science of Psychedelics Teaches Us About Consciousness, Dying, Addiction, Depression, and Transcendence, Michael Pollan. From the 1930s to 1950s, experiments with LSD and “magic mushrooms” showed startling and unexpected promise in treating mental illnesses. The work all but ceased in the 1960s amid the backlash against Timothy Leary and the counter culture movement. In the past decade or two, researchers have revived the work and rekindled interest in exploring psychedelics’ potential. As in The Omnivore’s Dilemma, Pollan proves an excellent guide – pleasant, inquisitive, skeptical, curious. And again, he makes his investigation personal: in addition to describing the science of psychedelics (and its potential to treat addiction, PTSD, and the anxiety associated with terminally illnesses), he takes his own acid trip – with a “guide” and with somewhat mixed results. He cautions there is much we don’t know about mind expansion, that experiences vary and depend on context, and that rigorous randomized clinical trials of the substances are needed.

Priced Out, Uwe Reinhardt. “Our national health policy is a bundle of confusion and contradictions,” observes the great health economist Uwe Reinhardt in this posthumously published book. Even if you are immersed in health policy, Priced Out offers a useful reminder of the US health care system’s dysfunctions - including elevated prices, misaligned incentives, under-investment in primary care and public health, and failure to extend insurance coverage to all citizens. During his long and distinguished career, Reinhardt became the country’s unofficial chief health economist, but this book demonstrates that he was also its moral compass. Above all he asks us to consider this essential question: “Should the child of a poor American family have the same chance of avoiding preventable illness or of being cured from a given illness as does the child of a rich American family?” 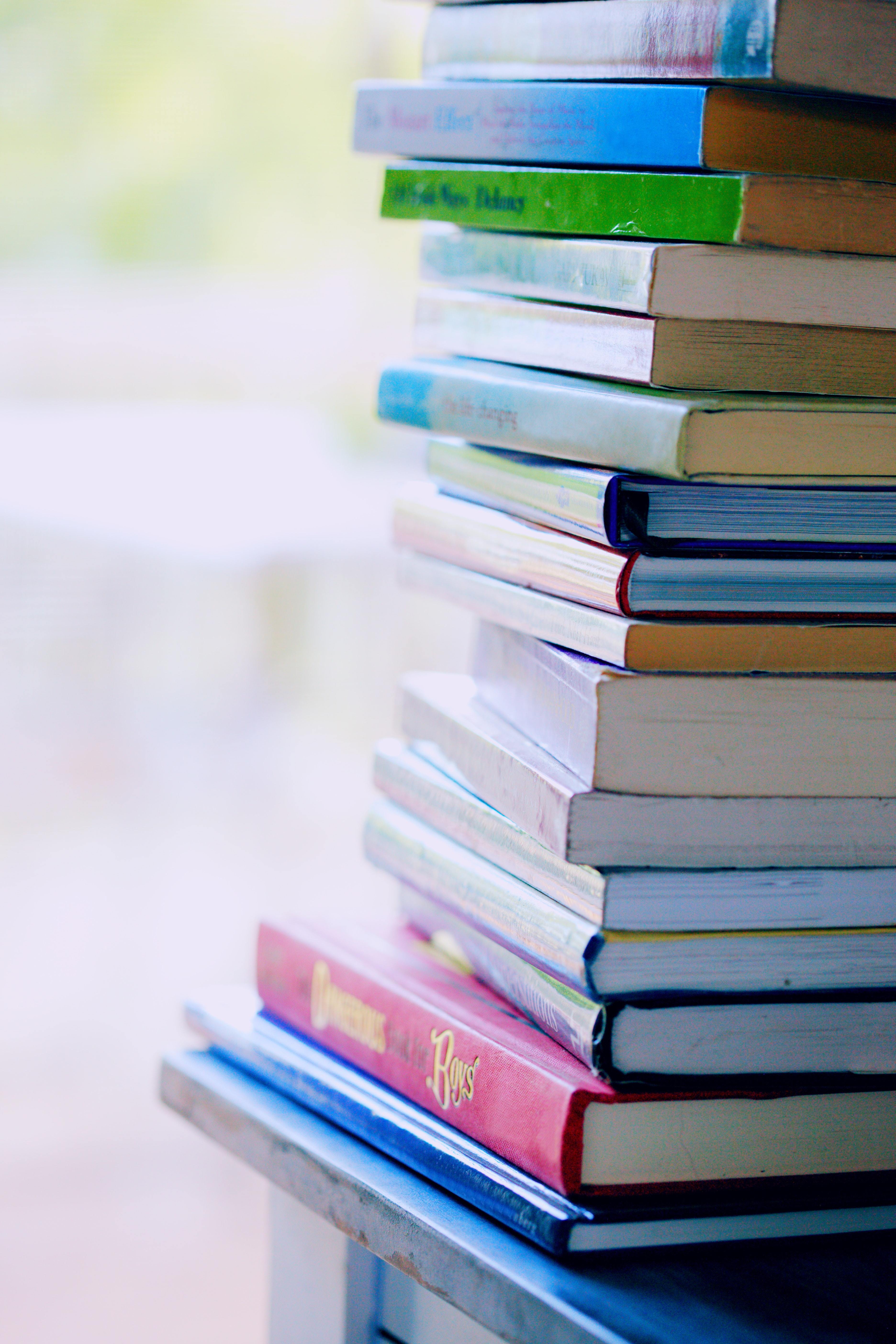 The drug industry may be missing an opportunity to influence ICER

David Kim, PhD, to serve as Program Director of the CEA Registry