As readers of this annual essay know, several years back I began posting a year-end blog on the best books I had read during the past twelve months.  Since then, I have issued a list each December.  A happy byproduct has been the comments and recommendations the post elicits.  I appreciate and welcome them all.

This was also the year in which my co-authors, Josh Cohen and Dan Ollendorf, and I published The Right Price: A Value-Based Prescription for Drug Costs (more on that below), the best (and only) book I wrote this year.

Homeland Elegies, Ayad Akhtar.  From the great playwright, Ayad Akhtar (Disgraced), Homeland Elegies traces the experiences of a fictional first-generation Pakistani-American (who resembles the author and shares his name) in early 21st century America.  The novel wrestles with questions of identity, loyalty, rootedness, and faith.  These are struggles familiar to all immigrants and first-generation Americans, but Akhtar’s experience is as a Muslim-American in the aftermath of 9/11.  His America is often a harsh and confounding place.  Though he is born in Wisconsin, he is viewed with suspicion by many of his fellow citizens from the state trooper to the convenience store cashier.  He strives to fathom US-style capitalism and strains to understand his Donald Trump-admiring father.  What emerges is an honest and sometimes searing portrait for our times.

The Man Who Ran Washington, Peter Baker and Susan Glasser.  The Man Who Ran Washington is a perceptive biography of James A. Baker, III, who ran Presidential campaigns for Gerald Ford (1976) and George H.W. Bush (1980 and 1992), and served as chief of staff (1981-1985) and Treasury Secretary (1985-1988) under Ronald Reagan, and Secretary of State (1989-1992) under Bush.  Baker was both a knife-fighting political operative and a pragmatic and disciplined statesman, who shepherded US policy and diplomacy for over a decade.  He proved a skillful coalition builder who managed to unify Republicans and Democrats when such a thing was still possible, and to steer the country through the waning, precarious days of the Cold War.

Bottle of Lies, Katherine Eban.  You probably take for granted those generic over-the-counter and prescription drugs in your medicine cabinet.  Reading Bottle of Lies will give you pause.  Eban documents extensive corruption in the supply chain, focusing on several companies in India.  She recounts the stories of a few brave whistleblowers who risk their careers to expose these practices.  The book serves as a cautionary tale for globalization, which has increased living standards worldwide but prompted a troubling question:  how can the US monitor the quality of production at far-flung manufacturing sites – particularly in countries that do not allow American officials to conduct random inspections?  Bottle of Lies will increase your appreciation of the value of dependable government institutions comprised of trustworthy and law-abiding staff.

Range:  Why Generalists Triumph in a Specialized World, David Epstein. Range challenges the “10,000-hour” orthodoxy, extolling the value of generalists, who ramble widely and can thus better make connections and insights.  There are implications for our professional and personal choices.  Many elite athletes play a variety of sports in their childhoods—better not to specialize early.  In business, teams work better if they combine specialists and generalists.  Some of history’s greatest scientists, musicians, and artists were generalists, including Leonardo Da Vinci, whose interests spanned multiple fields.  Nobel Prize winners are more likely than their peers to engage in outside pursuits.  A drawback of Malcolm Gladwell-like narratives like this one is that reality is complicated and not easily reduced to maxims.  At some point in your career, you almost certainly need to specialize.  To achieve elite status in some activities (e.g., chess), it helps to specialize early.  It is hard to know how to achieve an appropriate balance in making one’s own career choices.  Still, as he did in The Sports Gene, Epstein finds compelling stories to animate his arguments and the book is an entertaining and worthwhile read.  For everyone, it is important to maintain the generalists’ sensibility—and to remain open to new ideas.

How to Avoid a Climate Disaster, Bill Gates.  Bill Gates insists that he is an optimist, but his new book on climate change offers a sobering, if highly readable, view about the planet’s environmental problems and what it will take to address them.  The world needs to achieve zero greenhouse gas emissions, because otherwise it’s like a bathtub that will eventually overflow no matter how much we ease the faucet.  Switching to electric vehicles will help, but other work is needed—particularly in the agricultural and construction sectors.  To do so will require supercharged innovation and massive political will.  One is more hopeful about the former than the latter.  From biofuels to modernized nuclear power plants, Gates offers reasons to be encouraged about the technology.  The political and economic challenges will be much more formidable.

Mike Nichols: A Life, Mark Harris.  A revealing look at the remarkable life of Mike Nichols, who directed many successful plays and films (e.g., The Graduate) and numerous misfires (e.g., Regarding Henry) from the 1960s to the 2000s.  This entertaining book follows a singular talent and his encounters with a parade of celebrities, who quarrel and scheme behind the scenes.  It is an illuminating biography that unintentionally also serves as a business primer: understanding how movies get made and how to deal with difficult actors, producers, and studio bosses has application beyond the worlds of Hollywood and Broadway.

The Code Breaker, Walter Isaacson.  When Walter Isaacson writes a new book about the scientists behind CRISPR, the gene editing technology, you read it right away, ideally before listening to Terry Gross interview the author.  The Code Breaker focuses on Nobel-prize winning American biochemist Jennifer Doudna, whose pioneering research helped pave the way for CRISPR.  The narrative is propelled by its accounts of how science is conducted -- the competition and cooperation among the players, the clashing egos, the blend of persistence and chance, the mix of public and private funding, the rush to publish in leading journals, the “call and response” (in Issacson’s phrasing) of basic and medical science.  The author spent considerable time interviewing Doudna and the other leading figures and, as he did in his book on Steve Jobs, produced a great blend of journalism and biography.

The Problem of Alzheimer’s, Jason Karlawish.  The year of aducanumab, the controversial FDA-approved monoclonal antibody to treat Alzheimer’s disease, also delivered Jason Karlawish’s important new book, The Problem of Alzheimer’s.  Viewed in tandem, the therapy and the book are instructive for what they convey about the state of Alzheimer’s disease in 2021:  the world desperately needs new Alzheimer’s treatments, but it also requires better evidence and a reexamination of the disease and how best to care for those who suffer from it. Karlawish, a geriatrician and author, has written a book that is both a history of science and a meditative and personal narrative.  It relates the discovery of Alzheimer’s disease, society’s ever-evolving conceptions about dementia, and the science behind biomarkers and amyloid-removing therapies such as aducanumab.  But its lasting images are of the patients (and caregivers) Karlawish has treated, and their fears and expectations—and of the questions Alzheimer’s disease provokes about what society must do to preserve patients’ dignity and address the larger public health challenges.

A Promised Land, Barack Obama.  The former President’s memoir reveals Obama as a skilled politician and even more as a gifted writer.  In one well-crafted sentence after another, he dissects and justifies his policy decisions.  But he also deftly sets the stage, describes the context and major players, and throws in a few literary references.  It is the 44th President as public official and Poet Laureate.  Whether or not you agree with his policies, you will be hard pressed to imagine another President writing such a contemplative memoir.  Obama emerges as a man of unusual introspection and decency, whether he is describing the intricacies of his health plan or the labored breathing of his dying grandmother as he sits at her bedside.  With each considered turn of phrase, he struggles to understand America and his place in it.  “What principles should govern the relationship between the individual and society,” he asks, “and how far did our obligations to others extend? How much should the government regulate the market? How does social change happen, and how can rules ensure that everybody has a voice?”

Caste, Isabel Wilkerson. Viewing the American experience through the lens of caste—the rigid hierarchies and deeply-etched rules that govern our daily lives—provides a fresh take on familiar terrain.  Isabel Wilkerson, author of the superb Warmth of Other Suns—which chronicled the great migration of Black Americans from the rural South to cities of the North, Midwest, and West—employs caste as a window through which to retell the American story and challenge its myths.  In part she does so by demonstrating the role of caste in other contexts, namely India and Nazi Germany, with their own assumptions about superior and inferior groups.  But most of her attention is on the US, where caste overlaps with race, and helps explains this country’s peculiarities—e.g., the unease among members of the white working class, who seem to vote against their self-interests in order to preserve their place in the hierarchy

And the best book I co-wrote

The Right Price:  A Value-Based Prescription for Drug Costs.  Peter Neumann, Joshua T. Cohen, Dan Ollendorf.  In our new book, The Right Price, Josh Cohen, Dan Ollendorf, and I argue the case for value-based prescription drug prices and explain how to achieve them.  Writing the book was an opportunity to synthesize material we had been reflecting upon over the years, and a chance to fill a gap: despite the abundance of books on the drug industry and its pricing tactics, there seemed to be none dedicated to the question of what constitutes an “acceptable” price and how to think about the matter.  Pricing drugs to align with the value they deliver is critical because prices send signals about consumer preferences and thus stimulate producers to make more of what people want.  But drug pricing is complicated and fraught.  The complexity of diseases and treatments means that consumers cannot adequately judge for themselves the appropriate value of products.  The supply side of the market is equally challenged, administered by a hodgepodge of corporate strategists, patent attorneys, government officials, pharmacy benefits managers, health insurers, physicians and pharmacists.  We argue for the flexible use of cost-effectiveness analysis conducted by an independent third party to help in the process.  Other reforms are also needed, including expanded health insurance and reduced cost sharing for needed medications. 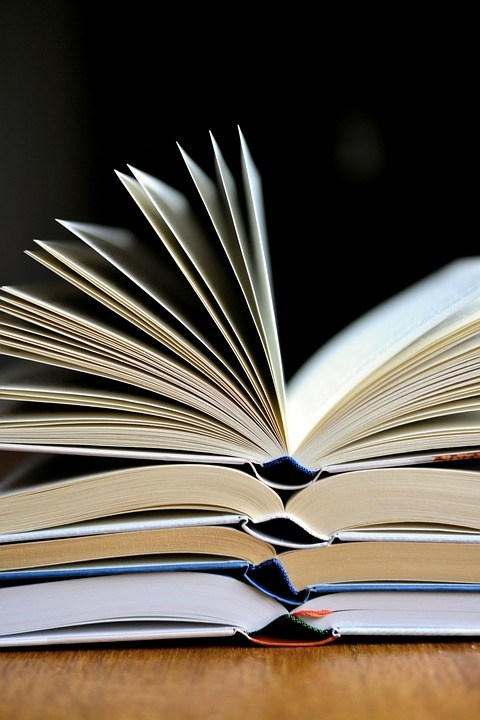 CEVR’s fall newsletter is out!

Behind the scenes with Peter Neumann: 16 Years as CEVR Director