During the months of November and December, thousands of high school students from around the US will be debating the resolution, “Resolved: The United States federal government should impose price controls on the pharmaceutical industry.”

The selection of this topic confirms that drug prices are on people’s minds. The National Speech and Debate Association (NSDA) aims to select resolutions every month or two that are “ripped from the headlines” (Edwards, p. 65). NSDA solicited topic suggestions for November / December from coaches and students. The NSDA’s coach and student membership then selected the drug price resolution by popular vote. I coach the debate team at my local high school, so I will have a front row seat as the arguments on this topic unfold.

Looking hard at both sides of the issue

An important aspect of Public Forum Debate is that a coin flip determines the sides – Pro and Con – for each round. That means debaters cannot depend on defending only that side of the resolution they might find more appealing.

Having to develop and defend arguments on either side of a controversial question is not something many of us have to do. But it is a useful exercise. For one, it forces our students and me to see that issues we might have thought to be a “slam dunk” have nuance. When the league announces new topics, I often witness a flurry of emails from our team predicting that one side (either Pro or Con) will win every round, and hence that debates will be disastrously dull affairs determined by the coin flip. The win-loss statistics on virtually every topic, however, show Pro-Con splits surprisingly close to 50-50.

Having to defend either side of the resolution also forces debaters to think hard about the perspective of a person with whom they might disagree. Judges – often college students, teachers, or debate parents – are supposed to set aside their prior knowledge and opinions, and adjudicate rounds based only on what they hear during the debate. But for judges to be completely unbiased on a topic they might feel strongly about – like drug prices – can be challenging.

I believe that judges – no doubt, myself included – can subconsciously reach a decision about which side of the debate they “like” and then, when reviewing their notes from the round, come up with a rationale (that they will explain on their ballot) to support that conclusion. My experience is that the most successful debaters anticipate this reality and work hard to develop arguments that not only have evidentiary support but also an intuitive narrative and perhaps an emotional appeal.

Getting into your opponent’s head

If you work for the pharmaceutical industry, think about how you might argue against your own position and in favor of federal price controls. For example:

For those of you who work in the health insurance industry, are disturbed by the impact of high drug prices on health care access, or are adversely affected by high drug prices yourself, think from the other side; how might you argue against price controls? Here are a few possibilities:

After fleshing out these arguments, the next step would be to develop rebuttal positions against each, and then responses to the rebuttals.

I very much look forward to the drug price topic. I am sure students around the country will learn a lot about positions on both sides of this controversy. Those of us in the field stand to learn a lot too. (If your local high school has a Public Forum Debate team, you might want to see if they have a competition in November or December at which you might observe, or even better, volunteer to judge.)

Most importantly, we don’t have to wait for the National Speech and Debate Association to select topics of interest to engage in this type of thinking. No matter what the issue, we can think like debaters. We can imagine that we have to defend both sides. We can even hold our own, internal, “mock” debates to flesh out the arguments. It’s a great way to push ourselves to think about how others may perceive what we each might think is clearly true. 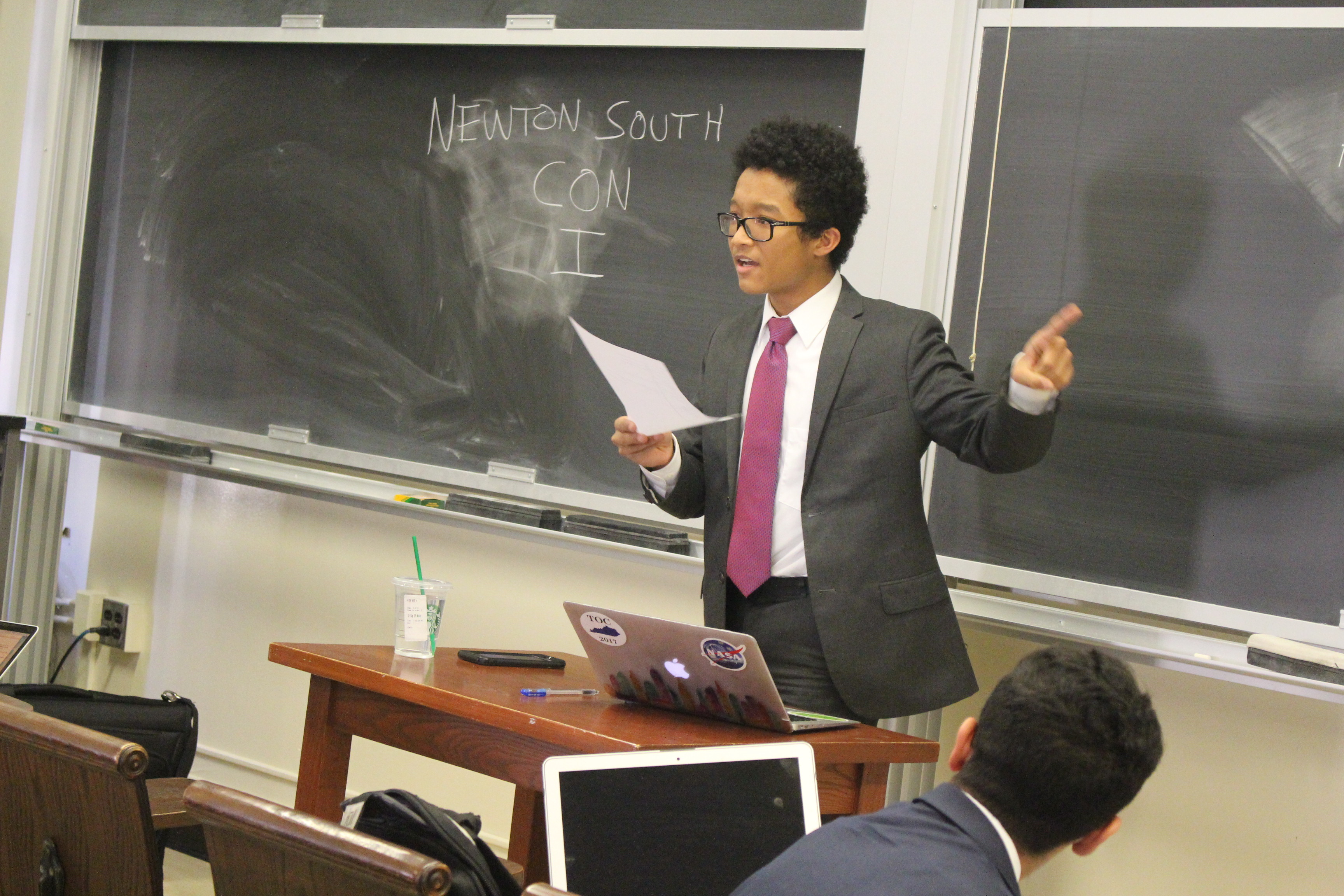