Rachel Breslau (RB): How did you get involved in health economics and outcomes research?

Dan Ollendorf (DO): It was quite by accident. I'm not a formally trained health economist. At the time, I was working for a database company that had a hospital database focused on understanding the mortality risk of hospitalized inpatients, and we primarily worked with hospitals to improve the quality of care. At some point, someone got the idea that the database could be used for research on the outcomes associated with a given hospitalization. So whether the patient died, or if they were discharged, how long they stayed in the hospital, what other kinds of conditions they had, what sorts of procedures were done while they were there. It became a very intriguing area of research for me and it whet my appetite for doing more. From there, I moved into research consulting full time on health economics and outcomes research questions.

RB: How did you get interested in global health and health technology assessment (HTA) in low- and middle-income countries?

DO: When I joined CEVR, people here had started to do work in the global health space and wanted to expand our footprint there. Since coming here, I've been very impressed with the appetite for an interest in HTA and health economics in low- and middle-income settings. I probably should not have been surprised by this. Because in fact, these are settings where resources are so constrained that making the most efficient decisions is of outsized importance. There’s not a lot of capacity or formal training in this kind of work in many of those countries. And so we're happy to do whatever we can to try to improve the capacity, bring some resources to bear from our databases or elsewhere, to try to make those decisions more informed.

RB: What are you working on right now?

DO: For the past few years, we’ve been working to capture the value of vaccination. This is obviously an important topic for everybody in the world right now. There's recognition that successful vaccination campaigns can not only improve population health and reduce the burden on public health infrastructure, but also restart economies, improve the situation for families and caregivers, and progress, especially in some lower income settings, the outlook for education and financial consumption over a lifetime. We’re trying to codify that more formally and identify measures that can be used to document the broader economic impacts.

The drug pricing debate continues to percolate in the US. And so we've been doing some work on international reference pricing, which has been proposed as a method for pricing reform in the US, to try to understand how well it works and what the challenges have been. While it may reduce prices, does it have unintended consequences? For example, does it increase the time to product launch in given settings?

We’re also working on a project on how HTA agencies and organizations value the novel aspects of a treatment, for example, its method of action or its route of administration.

RB: What are you most proud of in your career?

DO: I think I'm most proud of my ability to stand on principle. That regardless of who was funding the research, and in what setting I was doing it, I always wanted to be employing the most rigorous methods possible, not deviating from those methods, even if the answer wasn't what the sponsor wanted, and really sticking by my guns.

Another thing I'm most proud of is successfully describing what I do well enough to my kids that one of my sons ended up getting in into an argument about evergreening (changes in a prescription drug’s formula or design intended to delay generic competition) in his AP economics class with a child of a pharmaceutical executive.

RB: What advice do you have for students or others who are new to health economics and outcomes research?

DO: Try to get as much diversity in your experience as possible. It's important to look at this work from multiple perspectives because there are a lot of interests at play in health economics and outcomes research. The perspective of the manufacturer differs from that of the payer, which differs from that of the HTA organization, and the regulator, and the patient community. I think I would also give some general advice to anybody going into any research field, which is to maintain and always put at the forefront your intellectual curiosity. Never be satisfied with an answer that's given to you if you don't feel like you've given yourself enough time to explore why the answer is what it is.

RB: I’m wondering if there is a memory from your time at CEVR that stands out to you.

DO: I came to CEVR after spending 10 years as the Institute for Clinical and Economic Review’s (ICER’s) Chief Scientific Officer. At my first CEVR annual April meeting, I gave a talk on the five biggest mistakes that companies make when engaging with ICER. The faculty and staff at CEVR feel as though we are fair umpires. We call balls and strikes, we don't really take sides. The memory stands out because I was essentially telling people that I was there to continue to promote the ideals around health economics and HTA that I had grown to embrace. I wanted to do it in a context of encouraging innovation, as I feel like ICER still does. But that I wasn't necessarily going to simply toe a line that life sciences companies might want me to.

RB: Where did you grow up?

DO: I grew up in Silver Spring, Maryland, a suburb of Washington, DC.

RB: When you were a kid, what did you want to be when you grew up?

DO: When I was a little kid, I wanted to be a professional football player, believe it or not. I also, for a long time, wanted to be a journalist, in particular, a sportswriter. I kind of moved away from the idea of writing professionally because I'd heard about how competitive the field was, without a lot of job security. But I'm gratified that I continue to have writing be the centerpiece of the work I do.

RB: What do you do when you're not doing health economics and outcomes research?

DO: I like to write creatively as a hobby. I enjoy playing tennis and bike riding. One of my sons and I have started brewing our own beer. I am probably not as voracious of a reader as Peter, but I do read a lot of books, both fiction and nonfiction. I'm in a book group. I guess if you count the CEVR book group, I’m in two book groups!

Rachel Breslau is a research assistant at CEVR. 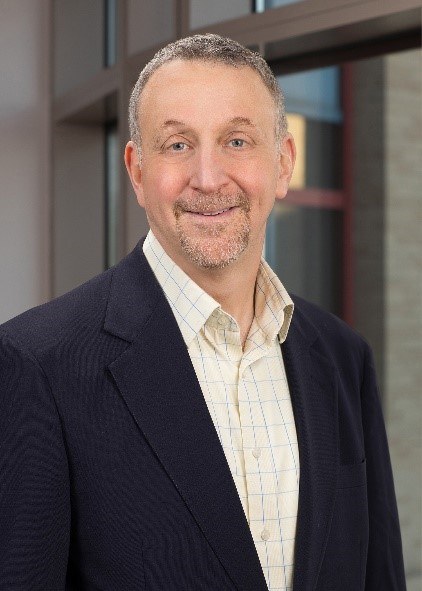 Debate Coach on Nights and Weekends, CEVR Deputy Director by Day: Behind the Scenes with Joshua Cohen

Behind the scenes with David Kim: Assistant Professor and Program Director of the Tufts Cost-Effectiveness Analysis (CEA) Registry